This page is where the WikiProject Philippines Featured images are nominated and selected.

Anybody can nominate a picture. If you have a nice picture that you think would be swell to feature, first upload it here in the OSM Wiki and add pertinent information in the description box (such as who created the picture, how it was created, and what is it about). Make sure that the image is appropriately licensed—CC-BY-SA or public domain is best.

Next, add a new subsection to the Nominations section below and give the subsection heading the title of the image, embed the image (resized to 300px width), and add an image description and why you think it should be featured, then sign your name after as nominator. You can use the following template below (copy and paste it at the end):

Alernatively, if you're not comfortable with uploading files and wiki editing or if you don't have the actual picture but you have one in mind, just add a new section and state what you would like. Other people can then clean up and obtain the picture and do a proper nomination if it's a good idea.

One picture is selected for each calendar week and is put up on the Featured images page under the appropriate row. The corresponding subsection in the Nominations section should then be deleted. All of this can be done in advance. Every Sunday, the featured picture on the WikiProject Philippines main page is replaced with the corresponding selected picture for that week. Announcement of the featured picture to the mailing list and other online venues is optional. (Hmmm, maybe we should also put up a Tumblr blog?)

Since we don't want to be overly bureaucratic given the small size of the community, anyone can select a picture from among the nominated ones to be scheduled for a particular week. Some criteria to consider:

Discussion on each nomination's subsection is encouraged.

Cubao Mapping Party: before and after 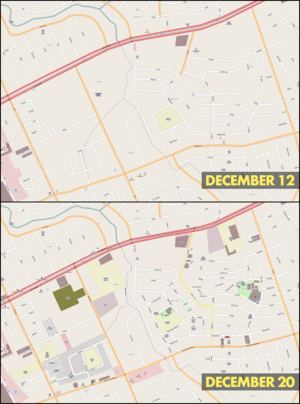 Description: Before the Cubao Mapping Party, OSM data for Cubao was just so-so. After, OpenStreetMap now has the most detailed freely-available map of this part of Cubao anywhere!

Rationale and notes: Before-and-after pictures are staple in OSM and this picture is one of the best we have for the Philippines. 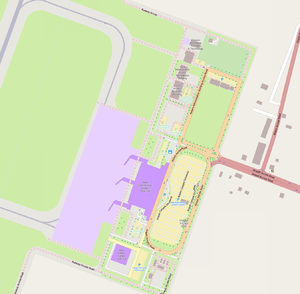 Description: Picture of Iloilo International Airport, the main airport serving the Greater Iloilo
Area and regarded as one of the most beautifully designed airports in the Philippines.

Rationale and notes: Picture of Iloilo International Airport has a detailed map. 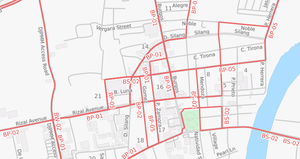 Rationale and notes: The transport map of Batangas City is almost well-detailed, and this is one big improvement on Batangas City's map (along with adding the missing barangays, road realignments based on latest Bing imagery, and adding missing POI's based on ground surveys ,local knowledge, and photos).