From OpenStreetMap Wiki
Jump to navigation Jump to search
Tag:natural=scree - Other languages

Scree is an accumulation of unconsolidated angular stones. See scree on Wikipedia.

More specifically scree is formed by rockfall from adjacent rockfaces and often accumulates in the form of sloped cones called talus. Scree consists of rock fragments with sharp edges that can vary in size from millimetres to meters.

Do not use this tag for loose rounded gravel on beaches or in river beds; in those cases use natural=shingle instead.

To map an area of scree you can just draw a line closing on itself, marking the area of scree and tag it natural=scree. To map large scree covered areas you can use relation:multipolygon with the same tag.

The rockface above the scree deposit can be mapped using natural=bare_rock or natural=cliff.

A classic example, The Screes above Wastwater 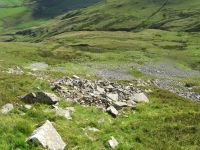 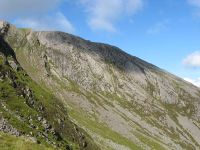 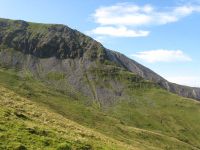 Various screes above the Nant Ffrancon valley in North Wales, showing that scale and location of screes are dependant on the rock from which they are formed.