From OpenStreetMap Wiki
(Redirected from Key:destination:lanes)
Jump to navigation Jump to search
Key:destination - Other languages 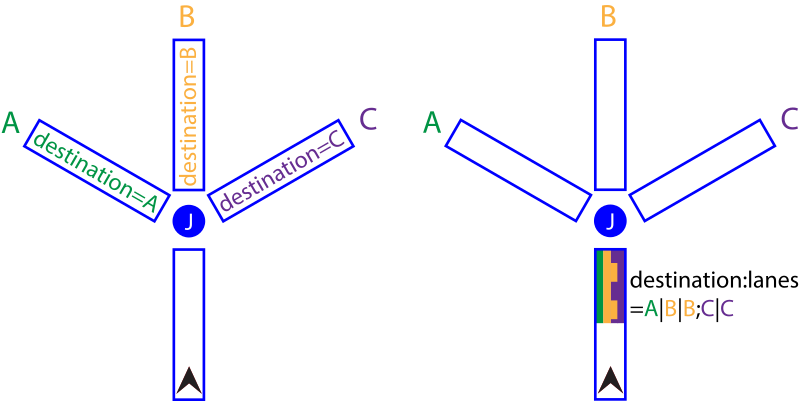 Important note: If you reverse the direction of a bidirectional OSM way, pay attention to swap the destination:forward=* and destination:backward=* tags! JOSM shows a warning message and suggests exchanging the tags, while iD swaps the tags automatically upon reversing the way.

To enable navigation software to announce the destination at a junction, the road leaving the intersection needs to carry the respective destination=* as signposted. Multiple destinations can be tagged as semicolon-separated values.

At least the first section of a road leaving the intersection must be tagged, however the tagging can continue on further segments until some different destination is signposted. This allows navigation software to show continuously which destination a driver is following.