Where traffic does not have right of way, this is a rotary (also called traffic circle). The tag junction=circular should be used on rotaries. See also Possible misinterpretations below. 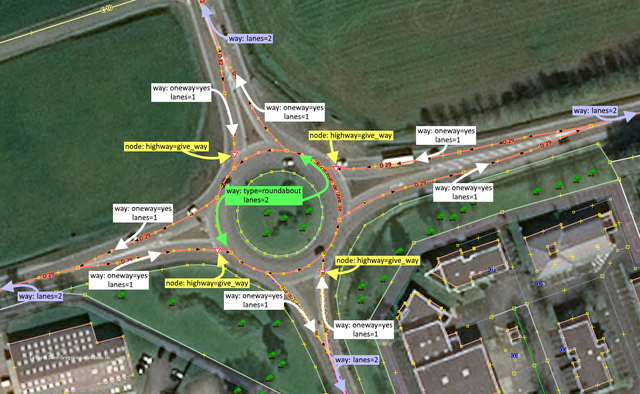 The major differences between the first four are:

Routing software will usually call out both the entrance to and exit from a roundabout, but it should avoid doing so when the roundabout is small enough. For example, OSRM treats a roundabout with a diameter less than 15 metres (49 ft) as a plain intersection [1][2].

In Potlatch 3, draw a closed way with at least three nodes and use Align in a Circle in the toolbar.