This page has recently been split to a separate page and updated as part of a ongoing cleanup effort of Australia's wiki pages.

As with all contributions to OpenStreetMap, updates to public transportation infrastructure and routes need to be compatible with the OpenStreetMap license. Some states and territories' public transport authority do not have license-compatible data, and cannot be used as a source for updating the map. If in doubt, refer to the Australian Data Sources page, which includes all known license-compatible sources of Australian spatial data.

Each state and territory has their own laws and regulations restricting which vehicles can use bus lanes. These restrictions can be mapped using the appropriate transport mode restrictions in the table below Guided buses are not common features in Australia. The only guided busway in Australia is the

O-Bahn Busway in Adelaide, and other uses of the highway=bus_guideway tag are almost certainly tagging errors.

A freight train on the South Western Railway

Australian railways are tagged consistent with broader OpenStreetMap tags and standards, with country-specific tag values where appropriate. Railways in Australia are highly varied, from the major interstate rail network and the National Land Transport Network, to small, privately operated heritage railways and tramways. Electrified tracks are mapped with contact_line=*; electrified third rails are not used in Australia.

Nearly all "train systems" in Australia are considered mainline railway systems, and are accurately tagged using railway=rail. The railway=subway tag should only be applied to rapid transit systems which are operated separately from the wider rail network. Currently, only the

Sydney Metro and the under-construction

The ownership of the rail infrastructure should be captured using the standard ownership=* values.

Each state and territory has their own standards for railway speed limit signs. These speed limits can be captured with maxspeed=*, and maxspeed:conditional=* if the limit only applies to certain class of locomotives.

There is no clear distinction between railway=tram and railway=light_rail, and the general recommendations highlight the importance of consistency across networks. Existing rail networks should not be changed between different tags without general agreement from the Australian Mapping Community.

Monorails are not common features in Australia. The only monorail in Australia that is in operation is the

There are different tagging schema in use for mapping public transportation, and all have some level of use in Australia. In some cities and states routes have been systematically updated to the PTv2 schema (using such techniques as included in this guide), while routes in other parts of the country are being progressively updated as needed. When updating relations in Australia take note of the public_transport:version=* used for the route, and where possible update the relation to a newer schema.

There is no established consensus for naming bus and tram stops in Australia. Stop names are not consistently applied within states (and some cities), and guidelines have previously documented conflicting advice. Local areas should be kept as consistently as possible until a naming standard is agreed among the Australian Mapping Community.

While each state and territory is different, most stops and stations will have a unique identifier assigned by the operator of the network that is shown on signs and information boards , which should be mapped using ref=*. At large interchanges or stations, stops may also have unique platform or stand numbers, which should be mapped using local_ref=*.

Multiple Reference Numbers There is no established consensus of how to tag networks with more than one reference number system for identifying stops and stations.

Most states and territories have contracted multiple different companies to operate part of their network. Where there are multiple operators servicing a network, the operator=* for each relation=route should be limited to only the operator (or operators) of the specific route. 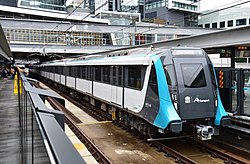 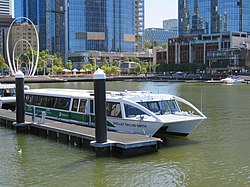