The original proposal was built by

don-vip (on osm, edits, contrib, heatmap, chngset com.) and he let me maintain it in order to re-vote it and get this accepted in OSM tagging standards. I'd like thanks don-vip for the huge research work he has done to bring this up.

This proposal aims to clarify the current usage of the power=* key in energy generation context, introduces a new tag: power=plant, a new namespace: plant:output=*, and a new key: generator:type=*.

Wikipedia and IEC describe the power generation concepts in these terms:

The easy way to map these features in OSM would have been to keep these terms with the same definition.

Instead, the current OSM usage is the following: 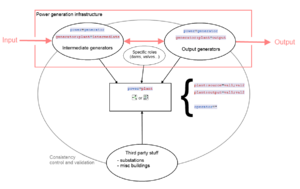 Power plant in a nutshell

Power plants would be summarized as a set of precise kind of elements, generators and infrastructure which allow to produce power.
Such stuff may be inside a perimeter which physically exists, like a fence and mapped as a closed power=plant

. Sometimes, power plants don't expose fenced area or any other element which allows to aggregate facilities inside. In this particular situation the power=plant object is a

and features are bind to it with no precise roles.
In details, different generators could get involved in the power generation process. Thus we would make the distinguish between intermediate generators which produce usefull power for output generators. Output generators produce power which is send outside the power plant. They are the only generators used to compute the overall capacity of a power plant. Examples are available at the end of this proposal.
Source and output values are specified at the power=plant scale to allow consistency checks.

To have an unambiguous and consistent power generation scheme, it is proposed to: 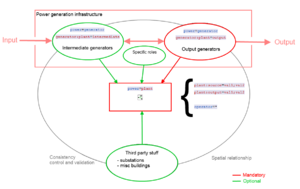 A power=plant is tagged as a

around the power plant perimeter (usually bordered by fence). We may use the following attributes:

In this case, spatial capabilities of the database would enable us to retrieve features which are inside the power plant's perimeter. According to the functional chart, we must find object tagged as power=generator + generator:plant=output inside and attributes must be defined consistently with power plant's ones.
Many other stuff (buildings, substations), introduced all along this proposal is recommended or optional.

We can compare the total rating of a power plant, specified in plant:output=* and addition of all the generator:output=* values of its generator members :

Please note that this comparison is made on two axis : The first by comparing all kind of output in both plant and generators (it's a problem to have a plant with yes whereas there is no generator with generator:output:electricity=* for instance). The second axis is on the amount of each kind of power made as above rules.

As discussed on mailing list, we mustn't try to bind stuff (like outside power station for instance) to an enclosed power plant if it is not in the power plant perimeter. We'd better to create two independent objects. More information here: https://lists.openstreetmap.org/pipermail/tagging/2013-April/013321.html
In some situations power plant could expose two or more distinct perimeter. This can be mapped with Relation:multipolygon

and definitely fulfill the dispersed power plant model introduced below. 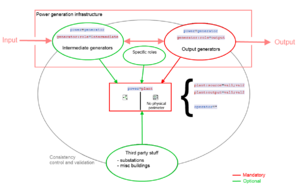 Wind, tidal and photovoltaic power plants may consist in a group of several turbines or solar panels in the same location used for production of electricity. Each turbine or panel would be tagged as power=generator. The land between generators may be used for agricultural or other purposes while it may correspond to the ocean's ground for tidal farms. A wind/solar farm may also be located offshore instead of a tidal farm which is always located on the sea ground.

Such a farm is tagged as a

using type=site + power=plant. Computing of total farm rating is done by adding all the generator:output values of its generator members which are described with generator:plant=output (output generator, see Generator chapter for more information).

When there are several fenced areas around the power plants sites, Relation:multipolygon

All and each generators nodes must be tagged like this:

See below for the exhaustive list of generators source/types & methods.

As discussed on tagging mailing list, power plants areas and perimeters would be pretty hard to map when many different operators share the same location on a generation site.
http://gis.19327.n5.nabble.com/Power-proposals-td5753173.html


A simple rule to make the distinguishing between operators is to create a separate area for each one. Two or more power plants would directly be created.
In general, only one company is operating a power plant so if two or more operators are present on a site, we could have two different power plants or two different components for power generation. In all cases we mustn't map it in a single one area. Each area will have different operator=* values and potentially as many name=*. The key point is still the ownership of the land occupied by the power plant.

Furthermore and often, room is reserved besides actual power plants for future extensions. This room should be concerned by the power plant area right now since it's fenced as the main production site. 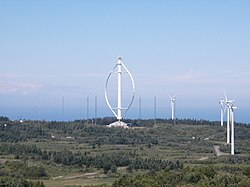 A power=generator is tagged as a

This proposal does not change its current attributes. See power=generator for its description.

Furthermore, as suggested by

Please note that generator:output=* gives the nominal maximum available rating for the given generator. It's the easiest information we can get. Effective rating would be hard to compute or to obtain from power plans operators.


This distinguishing comes from

Viking81 (on osm, edits, contrib, heatmap, chngset com.)'s suggestion to map thermal solar collectors for domestic heating as power=generator. We can find such items both on house's roofs and in solar power plants. In one hand it's directly producing output power for domestic heating and on the other, it's only intermediate since actually the steam turbine produces electricity.

This distinguishing is actually optional. Mappers don't have to (but they are invited to) map intermediate generators since no consistency check may be done on them. The whole power plant output rating only depends on output generators which are the most common ones and pretty always exposed in public documentation.

A new attribute is added, generator:type=*. This attribute is intended to define the type of generator among a single source/method. As a concrete example of what a type is, think about of rendering a map of all nuclear reactors of the same type as those used in Fukushima.

Solar and hydro power plants may contain specific objects, depending on their generator:method=*. Such special objects may vary on each site but here is a list of common cases we would encounter.

'Single-site' power plants are ones where all, or most, of the equipment is found on a single site, often with a clear perimeter such as a fence unlike wind-farms and some other types which are distributed without a clearly demarcated perimeter. There's normally no need to setup relations for such examples, the

perimeter allows us to retrieve all features inside. 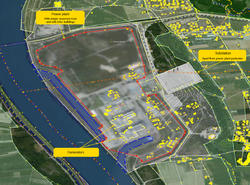 Here are details about tagging: 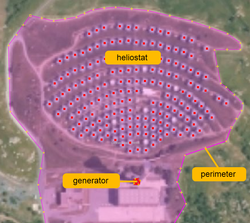 Thémis is an example of a solar thermal facility using heliostats to direct solar heat towards a single tower. The individual heliostats are tagged with power=heliostat. 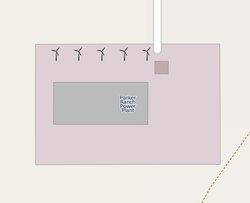 Parker Ranch] is a small example of hybrid power plant combining different sources. Electricity is generated by 5 wind turbines and a photovoltaic array.

Middelgrunden is a good example of offshore wind farm. Wind turbines are gathered in a single power=plant

. There is no perimeter. 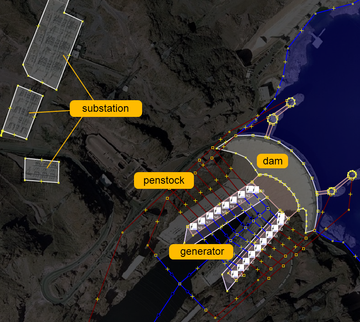 Hoover Dam is a good example of a complex hydro power plant. The whole facility is tagged as the power=plant.

All of its members are tagged with operator=U.S. Bureau of Reclamation and their respective start_date=(1936 to 1961). The total rated output is equal to plant:output:electricity=2080 MW.

If approved, this proposal would impact:

If approved, all tools and renderers would have to take into account power=plant and the new spelling of power=substation. Some would have specific things to do.

Comments are welcome on the Talk page :)

The old votes have been archived here.