From OpenStreetMap Wiki
Jump to navigation Jump to search
Key:sidewalk - Other languages

Using just the sidewalk=* tag without drawing the actual sidewalks is called the "refinement of the highway" approach. Alternatively, sidewalks can be mapped as separate footways, see Sidewalks for details on this distinction.

When a sidewalk is mapped separately, the separate value can be used to indicate this on the street itself, but when used as sidewalk=separate it isn't clear whether there is a separate sidewalk on both or just on one side. sidewalk:both=*, sidewalk:left=*, and sidewalk:right=* can be used as follows to be more specific.

When there is a separately mapped sidewalk on both sides of the street, sidewalk:both=separate can be used (this is more explicit than the slightly ambiguous sidewalk=separate.

In JOSM the Map Paint Style Sidewalks and footways (with knobs on) can be used to visualize the sidewalk=*, sidewalk:both=*, sidewalk:left=* and sidewalk:right=* tags: 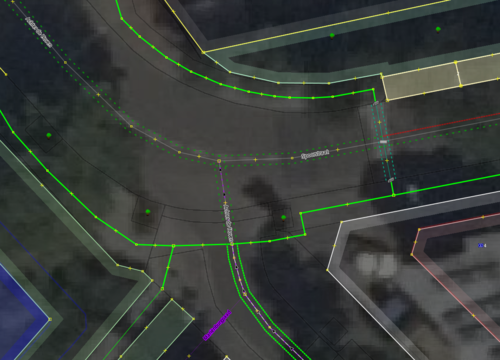 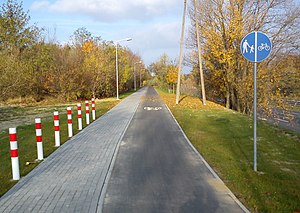 A list of tagging schemes for combined foot and cycleways sidewalks can be found on the Sidewalks page.