If you have a single school on one ground, mark the boundary of the school using an area

or place a node

in the middle of the site if you are in a hurry (or don't have access to information about the boundary and it is not obvious from aerial imagery). If you use an area 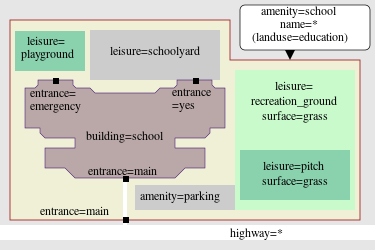