Steve Coast founded OpenStreetMap in 2004, initially focusing on mapping the United Kingdom. In the UK and elsewhere, government-run and tax-funded projects like the Ordnance Survey created huge data sets, but failed to freely and widely distribute them. On August 22nd 2006, the OpenStreetMap Foundation was established to encourage the growth, development and distribution of free geospatial data and provide geospatial data for anybody to use and share.

The volunteer mappers made edits to the OSM data using a java-based applet on the OSM homepage or stand-alone “offline” programs supported by own surveys, self-recorded GPS traces and public-domain satellite imagery. One of those offline editors was JOSM which was constantly improved from then on and is still one of the most used editors. In December 2006, Yahoo confirmed that OpenStreetMap could use its aerial photography as a backdrop for map production. Half a year later, a new online data editor Potlatch appeared on the OSM homepage with the intention to make the start of new users easier.

Ways to import and export data have continued to grow; by 2008, the project developed tools to export OpenStreetMap data to power portable GPS units, replacing their existing proprietary and out-of-date maps.

In November 2010 the completely rewritten editor Potlatch 2 was made available and the use of Microsoft Bing vertical aerial imagery allowed for tracing. “Simple and friendly” is the concept of the new online editor iD, which appeared in May 2013. 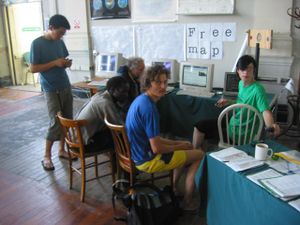 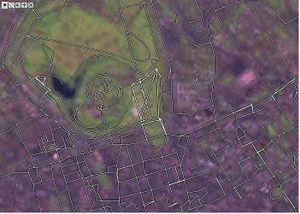 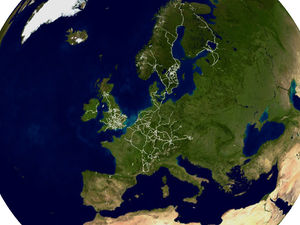 OSM data of Europe (circa April 2006) placed onto a satellite image.

The Start of Our Current Technology Stack

New API 0.6, Explosion of User Growth and the License Change 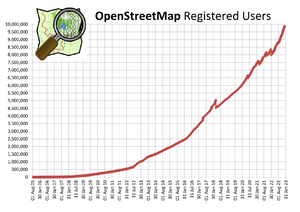 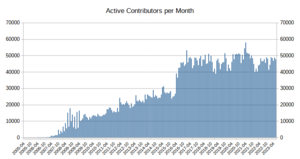 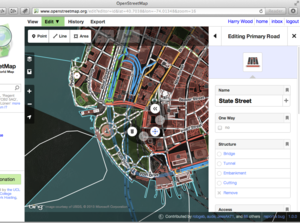 Screenshot of the editor iD in May 2013