The building and open space layers from MassGIS have been imported for large swathes of Massachusetts, thanks to effort by User:crschmidt and others in the region. More details can be found on the MassGIS page.

Most one way roads are tagged with a FIXME indicating that the direction is unknown. The road data came from what is now MassDOT, and for unclear reasons the direction of ways was missing. A lot of this can be fixed up without fieldwork by someone who remembers driving on the interstates. As of 201203, most of the interstates and ramps are correct, but there are probably some issues on local roads.

If you would like to help, open an area with which you are familiar in Keepright and go to work!

The official list of rivers and streams was first compiled in 1982, and while updates have been made, they don't seem to have been formally published. The original work is also ... challenging to track down, although it is available directly from: https://archives.lib.state.ma.us/handle/2452/833504 . The citation for it is:

The identifying numbers contained in it can be added to the map with Key:ref:US:MA:SARIS. 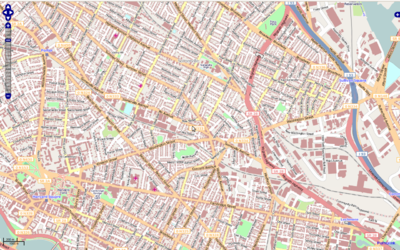