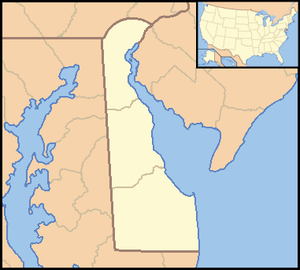 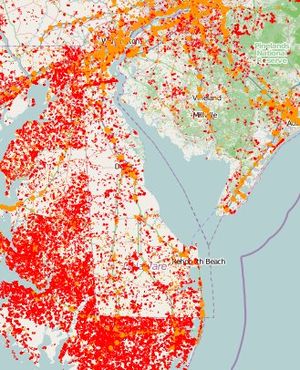 Interstate, US and State numbered highways

Significant progress has been made through the end of 2012 to decrease the roadways which lack a name. Delaware stands out visually against surrounding states on the NoName map maintained by user:SimonPoole.

For all state owned public lands in Delaware, the following tags may be used:

In addition, the following tags can be present if applicable:

Absolutely NO LANDUSE should be associated with public lands. While it may appear that a State Forest is mostly wooded and it would be appropriate to add a natural=wood tag, this is usually a gross oversimplification. It is preferable to add landuse features as separate polygons.

In addition, the following tags are discouraged. If you see these, verify that they can be replaced with something else:

State Forest boundaries should conform to instructions for for boundary=protected_area and United States/Public .

State Forest boundaries should conform to instructions for for boundary=protected_area and United States/Public .